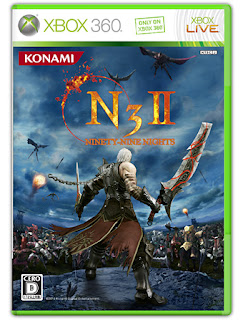 
Gameplay:
N3 2 is a hack and slash game full of action. This game in a way is
like Dynasty Warriors....but worse. The first one I enjoyed but this
one I recommend be avoided. First off with N3 2 you are going through
story mode doing different missions. If you know what Dynasty Warriors
is then there really is no need of an explanation for this game, but
for those of you who don't know what it is I shall explain. N3 2 is
basically a run in and kill game. You face massive armies and to get
to the next zone to complete your mission you need to kill the entire
army. Now these armies and idiots. The enemies stand around while your
destroying them. The odd enemy will come in and attempt to swing at
you to hurt you. As you progress through the game you unlock new
spells for your character. Some of these spells are actually very cool
and can help out a lot. Some of these spells are completely useless
and shouldn't even be in the game. 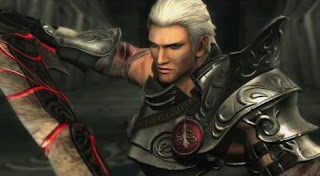 A lot of the enemies are extremely easy while a lot of them are
extremely annoying. The fly enemies that shoot ice and fireballs at
you are by far the most annoying. Half the time you aren't even able
to complete the mission without dying from them several times.                                                   Every time they hit you with their attacks you get stunned for a few
seconds and knocked down, even if you are in a middle of a huge combo.
No, as soon as you get hit you drop to the ground and are stunned.
Another annoying enemy are the different types of berserkers. Now the
first ones are easy and can easily be avoided but when there are 3+
white ones and you have to kill them to progress.....it's impossible.
Every hit is about 1/4 of your health and it knocks you down and stuns
you. Extremely annoying.

The missions are all the same thing over and over and over again. You
run, kill hundreds of enemies, get mad because of the BS enemies,
reach end of mission, done. There is nothing added to the missions
like obstacles or nothing. Same thing every time. 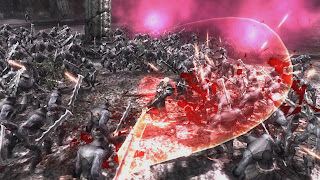 Audio:
The audio is also outdated. The music can be decent at some points.
The voice acting isn't all that great and the overall sound quality
isn't great as well.

Conclusion:
Overall this game isn't the great. If you want to try it then please
rent it. Other wise avoid it entirely. The first one was much better.
Short review but you can't really say to much for a game this bad.
Posted by codysreviews at 1:55 PM