MW3 Multiplayer Review (part 1 of 2)
Since multiplayer is the most important part of the game for all of
you gamers I decided to do this part first. So MW3 has improved on the
multiplayer once again. I will begin with the positives and then move
on to the problems and negatives.

First off the multiplayer is as good as ever. There are tons of things
to be unlocked. There is a huge roster of guns to be unlocked by
ranking up. There are new and additional titles, emblems and
camouflages. If you are an elite member or and elite founder you
unlock a winter camo and new titles and emblems for your playercard.
There are 16 maps that shipped with the game with map packs soon to be
added. If your an elite premium member you get monthly DLC for free. 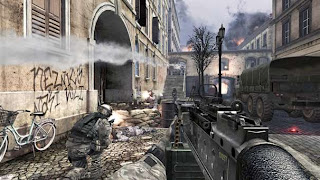 So essentially the multiplayer is the same. You rank up and as you
rank up you unlock guns, perks and equipment. The max rank for MW3 is
80 which is pretty high up there and can take some time. As I am
typing this review I am currently first prestige rank 19. You have
your basic gun classes and they are the Assault Rifles, Sub machine
Guns, Light Machine Guns, Sniper Rifles, and shotguns. I would like to
note that shotguns are now used as primary weapons. MW2 had them as
secondary weapons. A cool feature that was added to the multiplayer
portion would be the ability to level up your guns. The more you use
the guns the more attachments and camos you unlock for them. The max
level for primary guns is level 31. At level 31 you will have unlocked
everything for that gun including the gold camouflage which looks much
better in Modern Warfare 3 than Modern Warfare 2. Another feature
added are strike packages. This is also a great addition. The strike
packages changes up your play style. For example if you want to play
the regular MW style of multiplayer you would pick the Assault strike
package. This is your standard killstreak rewards. You kill 3 in a row
you get UAV. You die you lose your kill streaks. The other package is
the support package. This package is really neat because you get
points towards your killstreaks by killing enemies as well as doing
objectives like capturing a flag in domination. When you die your
points towards your killstreaks do not reset. The support package
offers different types of streaks which will support your team. For
example you get an advanced UAV which you cannot get by using a
assault strike package. The last one is the specialist strike package.
This can make you a god in multiplayer if used right. Basically your
kills do not go towards killstreaks but they go to perks. So if you
get three kills you will get an additional perk to help you out so
instead of three you will have four. These perks are customizable. You
can choose any order you want your perks to appear.

Overall the maps are pretty good. There is a huge variety of maps for
multiplayer. The maps are much smaller then the maps from MW2. This
can be a problem for campers, there are a lot of campers in
multiplayer but it is due to the game just being released so people
are not as familiar with the maps yet. There is a lack of sniping maps
for all of you snipers out there. I am sure some will be added with
the map packs. Some maps are a lot darker and very hard to see some
areas and can be sucky because that's where people camp the most.
Another negative thing about the maps is there is way to much stuff.
The open areas don't really feel as open anymore because there is
always stuff in the area to hide behind and pick people off. 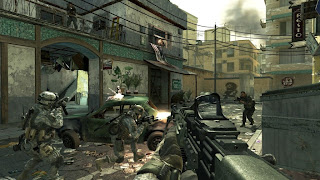 There are new modes added to the multiplayer. These new modes include
Team Defender and Kill Confirmed. These very fun game modes and highly
recommended. Kill confirmed forces people to come out of hiding. With
Kill Confirmed the objective of the game is to kill your enemies. When
you kill your enemies they drop dog tags which count for one point
towards your team. First team to collect 65 dog tags wins the round.
The cool thing about this is if one of your team mates dies they will
drop their dog tag. If you don't want the enemy to get that point you
can run over the dog tag and deny their kill. Team Defender is exactly
like Team Deathmatch with a little twist. So regular kills don't
reward your team as much for points. In Team Deathmatch you get 100
points per kill for your team. You get about half in Team Defender.
The main objective in the game mode is to hold on to the flag as long
as you can. If your team is holding on to the flag and you kill an
enemy you get a bonus towards your experience and towards the team
score. So if you hold on to the flag most of the match then you are
sure to win. Both modes are tons of fun, go try it out!

Now the negatives. The main issue I have with the multiplayer in MW3
are the re spawn points. The maps are small so in game modes like
Domination the re spawning is terrible. At points I re spawned right in
front of the enemy. Another time I re spawned in front of three
enemies. This is extremely irritating. Another problem is the cheap
weapons every tends to use. For example the Type 95 can kill someone
with one single burst fire. Another cheap weapon is the UMP45 which is
by far the most over used weapon in the game. This gun has insane
accuracy and really high damage. Another problem is the shotguns. The
shotguns were awesome weapons in MW2 and Black Ops. The shotguns in
MW3 need a major buff up. Using the model 1887 that gun was a one shot
kill in MW2. In MW3 you get 3 hit markers before the guy dies even up
close! One other annoyance is the Light Machine Guns. These are a huge
disappointment. These guns are so underpowered that literally nobody
uses them. 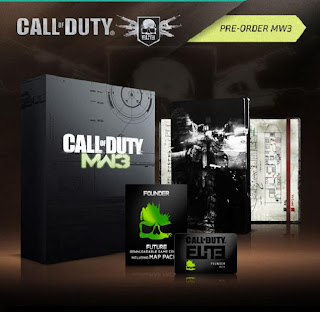 MW3 was just released so there is still lots of time for them to fix
some issues with the multiplayer. Almost every game at launch has
issues and usually they get fixed. What they recently said in one of
their interviews is that they added a new system to the multiplayer
where they can tweak things on the fly instead of waiting three months
to produce a patch. They already had a small patch where they
apparently increased the power off shotguns.