Yes it is finally here! The review I said I was working on and never posted it!

Gameplay:
So the gameplay pretty much plays the same as in all of the other pokemon games. What I love about these versions is they updated the graphics and added nice little 3D effects within the game. I will explain that more in the Graphics part. Anyway you get to choose from 3 starters like in all of the other pokemon games. The 3 starters are all new pokemon you have your fire, water and grass types. You may choose from Snivy (Grass), Oshawat (Water), and Tepig (Fire). Each pokemon are as good as you want them to be, also depends which type you like the best, for me it was Tepig then secondly Oshawat who I am not a big fan of personally. You go on a quest to get all 8 badges in this region then go on to face off the elite 4. These versions have new villians than the previous games. These villians are known as Team Plasma and are much more evil than the other teams. I am not going to explain what their roll is because it has a nice twist at the end, especially after you fight the elite four the first time. The game provides a nice challenge for newbies and there are tons more and new pokemon to catch. The gameplay is pretty long which is great. If you play and don't try and rush through it (even if you do) you are looking at at least 30 hours or more of gameplay. Plus there is a lot more to do when you complete the game. What I also enjoy about this version is your not just rushing to get the 8 badges and thats it. The story is so much more in this version. After almost every badge you have to do little side quests along your journey. Which allows you to explore the new areas a lot more. In Black and White they also introduced a new environmental feature. They added seasons to the game which means at the beginning of every month the season changes to winter, fall, summer, or spring. Each of these season offer new pokemon in certain areas. Winter can grant you access to secret areas to explore and grab awesome items. In Twist mountain when it is Winter the mountain is covered and snow and you can walk up snow hills and get to areas you cannot get to in other seasons. In this version they added two brand new battle styles. Rotation battles allow you to have 3 pokemon in battle at once. The only difference is that you only fight with one and you choose wether to rotate them or not to your other pokemon. This is a great battle mode if you are a strategic person. The other mode is Triple battle. Which is well, you guessed it, 3 vs 3. Overall they are nicely added except the triple battles can kind of get crowded and last a long time. Overall Black and White are one of the best in the series. 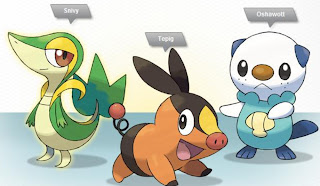 Rating: 9/10
Graphics:
Gamefreak has finally given the pokemon series and well needed graphical update. The environments are more colorful and a lot more detailed. They even made use of the DS and added 3D enviornments. Not a lot but it is still a nice touch. What I mean by 3D is when you are walking up the loooooooooooooong bridge (they love bridges apparently) you can see the camera rotate with you as your walking up the bridge and when your on the overpass you can see vehicles drive underneath you. There are other 3D areas but you can see them for yourselves. Don't want to ruin the exploration aspect of the game. The pokemon now are constantly moving during battle which is pretty neat. The moves used by pokemon also received an update as in they are more colorful and look nice. The only graphical issue I can really think of is when you use certain moves the camera zooms into your pokemon and it gets very pixelated. But other than that it is a nice update. 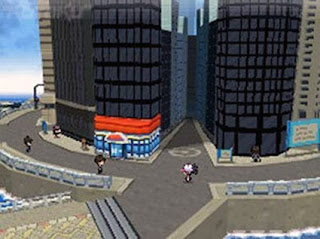 Rating: 8.5/10
Audio:
Audio is the same as always. The only difference is the new pokemon cries and the new music in the background. All of the audio does sound crisp and clear and the music in the game is nice and suits the game very much. The elite four music is awesome as always and when you fight the champion or Ghetsis the music is good to. My favorite music during the game would be when you find a rare and legendary pokemon, it gets you pumped up to catch them. The epic music also suits with how huge and fierceful the legendaries look. 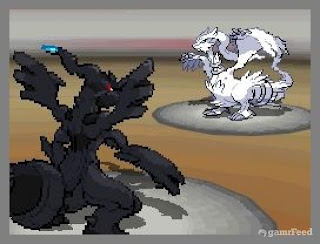 Rating: 8.5/10
Conclusion:
If you are a pokemon fan or even a generic RPG fan, you will love this game. For all of you collecters out there (including myself), there is a ton of new pokemon and legendaries to catch and collect. The story is basically the same but is one of the better stories. Team Plasma are much more evil than the other teams and the gameplay is nice and long, over 30 hours! There is even tons to do after you beat the game like White Forest and Black City. Obviously White Forest is for the White version and Black City is for the Black version. Each offering new opportunites to discover and catch the older generation of pokemon. They also added a lot more wireless options such as visiting a friends world and helping them out, catching new pokemon in dream world (off of the website) and tons more. I promise you will all not be dissapointed.
Overall Rating: 9/10
Posted by Aerialslayer at 5:08 AM

Email ThisBlogThis!Share to TwitterShare to FacebookShare to Pinterest
Labels: pokemon