Minecraft is a sandbox based survival game.  What makes Minecraft special is the fact that there is no real end-game win scenario.  There may be the "big bosses" of Minecraft with the Ender Dragon and the Wither, but there is still other things to do even after defeating the bosses.  There are three primary modes of Minecraft:  Survival, Creative, and Adventure.  In survival, there are mobs who can kill you that spawn at night, where you must race to find shelter before night falls.  In Creative, you have unlimited resources at your disposal.  You can build freely, to your heart's content.  People have built incredible locations in Minecraft Creative, such as Minas Tirith from Lord of the Rings.  In adventure, you cannot break certain blocks, but you can still manipulate levers.

Minecraft has incredible potential.  As mentioned above, you can build freely, even after defeating the strongest mobs in the game.  On Multiplayer mode, you can play with other people, with game modes varying from PvP in a Hunger Games style arena to parkour, to Spleef, which is a game mode in which you try to break the blocks under other players.  After playing Minecraft for over 3 years, I still have not gotten bored with the game.

Minecraft has very interesting graphics.  The graphics of Minecraft resemble old 16-bit arcade games.  Everything is cuboid, including the animals.  However, there is downloadable content called resource packs.  Resource packs can change how the game looks and sounds, going from mono-color blocks to hyper-realistic textures.  Also, the mobs of Minecraft all happen to be cuboid shaped. 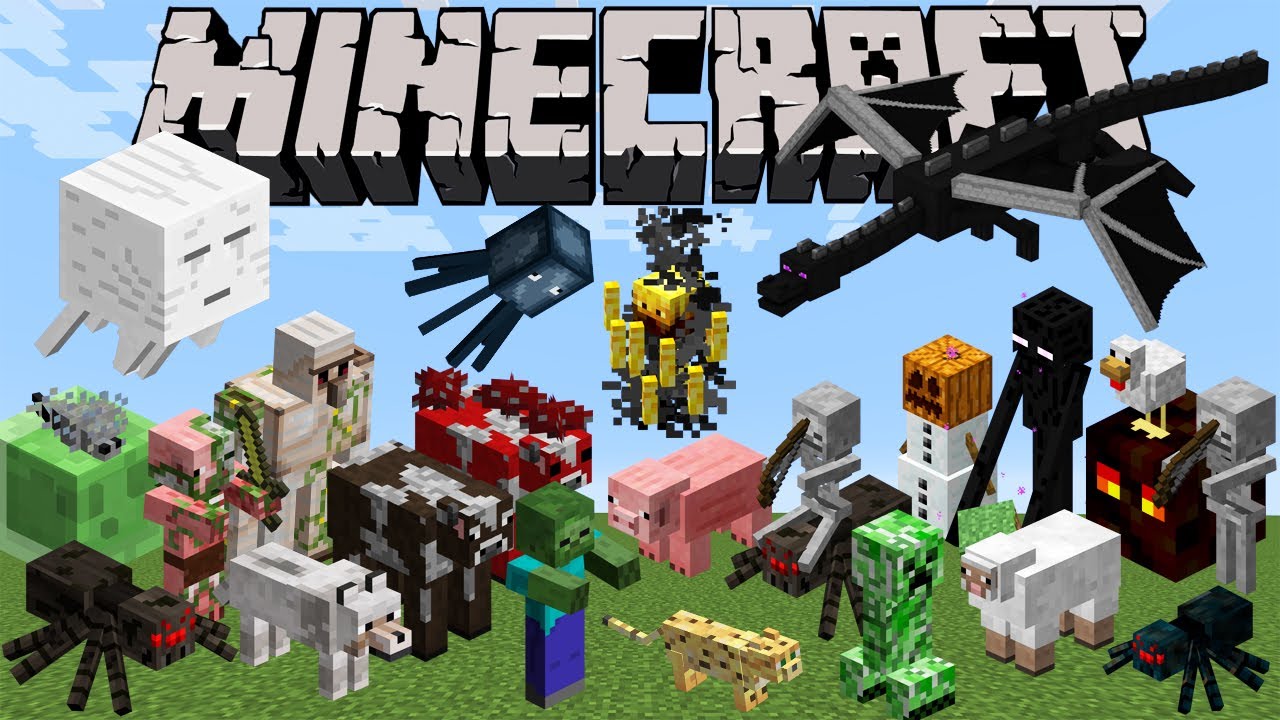 A gallery of the mobs in Minecraft

Overal Rating:  9.5/10
Must own! This game is incredibly versatile.