Captain Toad is a game set in the Super Mario 3D World environment and story line. In fact it takes place just before Super Mario 3D World. Captain Toad is a 3D puzzle platform game for the Nintendo Wii U. You primarily use the tablet to control the game world and move Captain Toad around the reach the goals. Captain toad is a very unique way to play. You either use the touch screen or the second control stick in order to rotate the world map around to navigate Toad though the level. You also have the option to use the Gyro controls built in the tablet itself. Some of the events take place in first person view on the tablet which appears third person on the TV. When you go into a mine cart level you control the aiming with the gyro controls or control stick while throwing object at enemies, coins and other collectibles. Captain Toad controls very well and runs extremely smooth. 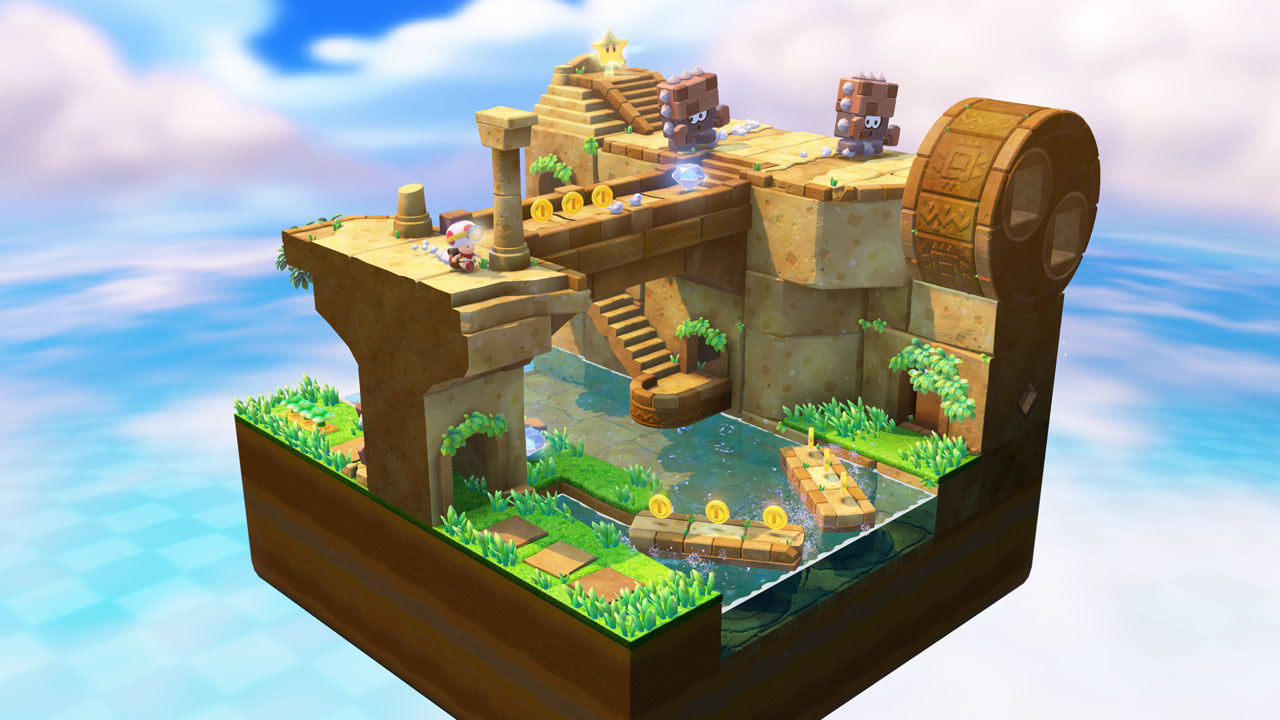 One of the early levels.

Captain Toad is broken up in chapters. Each chapter has roughly 18 levels while the last one has 28. First chapter you play as Toad, second chapter you will play as Toadette and the chapters afterwards is a mixture of the two characters. The objective of each level is to grab coins, treasures and the star at the end of each level to complete it. Rinse and repeat. A lot of the levels are very different and offer some sort of challenge in order to grab all three diamonds. Each level also has a challenge to it in order to fully 100% complete each level. Some of these include collection a certain amount of coins or grabbing a certain item without breaking the bridge, etc... This adds a nice little challenge for the completionists out there. Each level is unique with it's own puzzles and charm. My favorite levels were the ones where you have to ride a mine cart and use the tablet to shoot coins, diamonds and enemies. 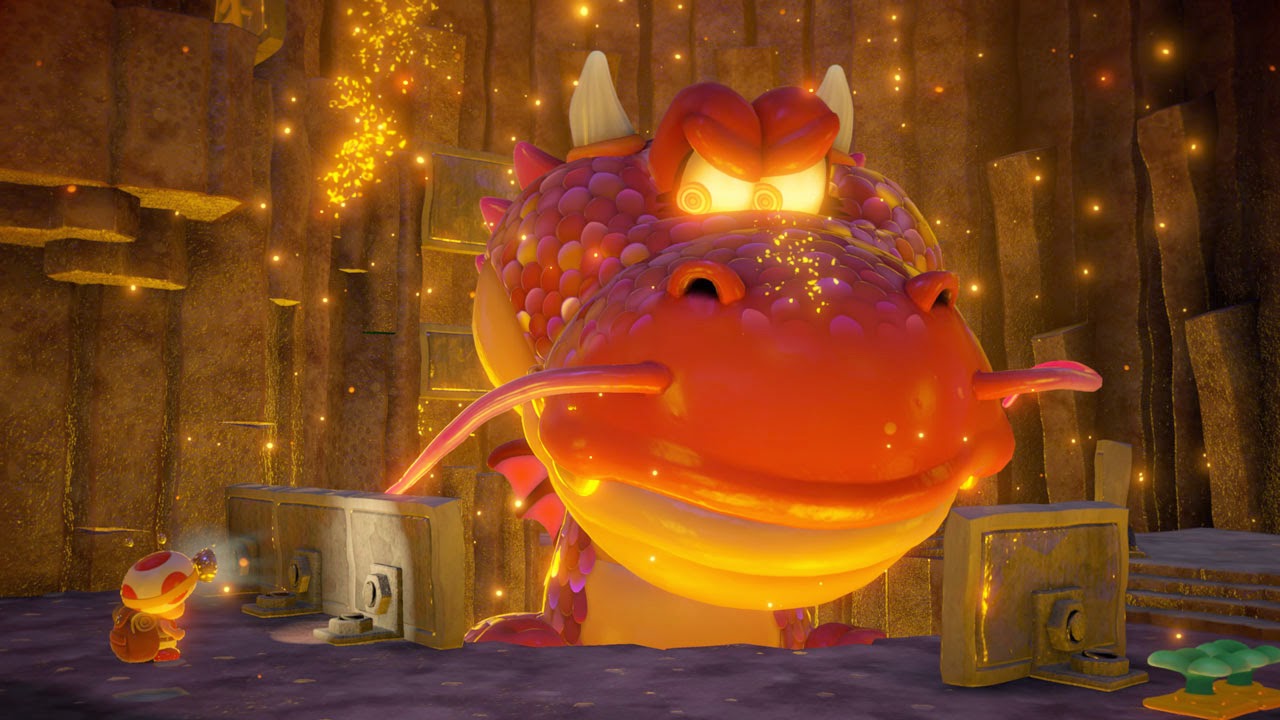 Once you have beaten the game and cleared all the chapters you unlock a bonus mode. This is where you need as much diamonds as possible to unlock these additional modes. One of the bonus levels is playing through the first few levels of Super Mario 3D World but as Captain Toad instead which makes the gameplay very interesting and changes it up a bit. Another one is grabbing and guiding all four toads in each of the levels to the finish in order to complete it. This helps extend the game play and adds a decent amount of reply value to the game. For the low price of $40 this game is definitely worth the time and investment.

Getting the Diamonds are well worth it!

The visuals are very beautiful in Captain Toad. Each level brings a breath of fresh air with different visuals, enemies, and scenery. Captain Toad runs at a smooth crisp 60 frames per second. The in game music is wonderful and some are remixes of the old Mario games. I wish the game was a little bit longer and some of the levels as well. The boss battles were fun but a little bit to easy. Overall Captain Toad is a great addition to the series and hope to see more from this franchise.