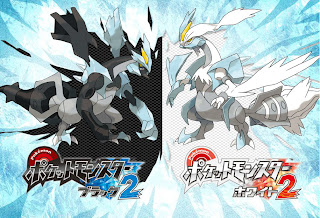 Gameplay:
Pokemon Black and White 2 is basically the same as all previous pokemon games for the handheld systems. You collect your 8 badges, fight the elite four, the end. But with Black and White 2 they have added so much more to that concept.

Yes, the point of the game is still the same as it always has been but with BW2 they make it so much more dynamic. The game overall will take you over 30 hours to beat if you do not rush the game and explore the new and improved Unova region. The story in BW2 is very well done. It makes you feel so involved with what is going on in the game and has some really epic and memorable moments.

So you start in Aspertia City which is a new city added to the game. There are a bunch of new locations added to the Unova region. For the first time in Pokemon history you start in a big city not a town. You still get the same starters from the original BW games but you don't get it from Professor Juniper in this game. BW2 takes place two years after the events of BW. As mentioned the Unova region changes significantly. New locations are accessible in the southwest and northwest of the region. There are a few locations that are not accessible anymore such as the challenger's cave. There are new gyms and new gym leaders. The Unova pokedex is expanded to include Pokemon foreign to the region. The player is able to choose to play as the boy Nate, or the girl Rosa, as they travel across the region against their rival, Hugh. There are several changes to the game which makes it feel like a new adventure, not just a sequel to BW. You start off with new characters, the HP and EXP bar for pokemon has been redesigned and looks much better. New location have been added to the game such as Aspertia City, Virbank City, Floccesy Town, Lentimas Town, and Humilau City. Some of the new characters include Hugh, Colress, Roxie, Marlon and Benga. Older characters like Cheren, Bianca, Elesa, Ghetsis and Iris all receive redesigns. All Unova gyms have redesigns. There have been several changes made to existing locations, such as Driftveil City and Nimbasa City. Every trainer has their own fully animated sprite. They are much smoother. Several attacks have received new battle animations. The C-Gear has been redesigned. The Unova Pokedex has been expanded tremendously to accommodate older Pokemon. All returning gym leaders and champions receive new sprites. Route 4 has changed and also differs between BW2. Victory Road has been changed as well. The Cold Storage is now gone and has been replaced with the Pokemon Tournament. These are just some of the new features and changes to the game. 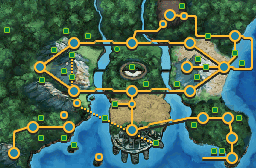 Unova has been expanded!

One of my most favorite features with the new pokedex is the habitat list. What that does is if your on route 4 for example and you are wondering what pokemon you can get from that area, just simply turn on your habitat mode for route 4 and it will show you all of the pokemom on the route. I found this feature extremely handy. A lot of pokemon are now catchable in BW2. One example of this would be Eevee. You are now able to catch them in the wild grass, and as much as you want! BW2 seems like a very polished game compared to BW. They expanded the world tremendously, they made the story more interactive and interesting. The new gym leaders are all extremely fun and all of the gyms are redesigned with new puzzles to get to the gym leaders. Another great feature that was added to BW2 was Join Avenue. Basically it's a little place that you can recruit NPC's to open their own shops to buy rare items. Now when you first get an NPC to join with their shops they start out at rank 1 and sell not so useful stuff. When you recommend and NPC to one of the stores it will gain popularity and when it does your shops will be upgraded once you hit the popularity target. When that happens they will start to sell better and more rare items for you. Overall I was extremely impressed with BW2 and yes it is a direct sequel to the originals. I feel that they are completetly new games and a whole new experience. Worth every penny. 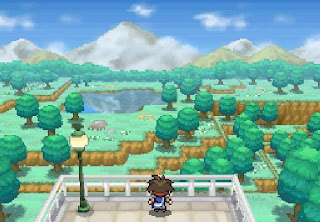 So much more to explore.

Graphics:
The graphics in BW2 have also been improved. One of the biggest improvement to it are the sprite animations for the pokemon, trainers, gym leaders and moves. All have received a graphical update as well as more frames so that the animations are much smoother looking. Each trainer now has their very own sprite animation as well as all of the pokemon in the game. The game runs a lot smoother than BW ever did. The battles are extremely smooth and run quickly. The movement in the environment is smoother as well. The environment received an upgrade as well. When you are battling a pokemon the grass around the pokemon also moves with the air during the battle. A lot of the pokemon moves have also received an overhaul. The pokemon moves has also received an update. The moves all look smoother and better. Overall I was extremely impressed with the overall quality of the game. 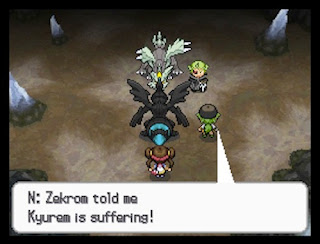 Audio:
I have always enjoyed the audio in all of the pokemon games especially in BW2. Most of the Black and White music has been slightly remixed, in addition to the Gym Leader and Champion music from Kanto, Johto, Hoenn and Sinnoh. The remixes are very well done. My favorite music within BW2 is when you fight one of the three legendaries reaming around. All of the audio in BW2 has also received a slight upgrade in quality. Overall same great audio that we have all loved with some new ones!

Conclusion:
I really enjoyed BW2. IGN gave it a 9.6. A pokemon game hasn't hit that high in score for awhile now. You can tell Gamefreak put a lot more time and effort into the sequel and it's paid off. The new storyline will keep you interested and wanting to learn more about it. The expanded pokedex is great giving you the ability to find older pokemon as soon as you begin your adventures. The habitat list is a fantastic addition and hope to see it in future pokemon games as well. The animations have vastly improved as well as the moves. Unova is much bigger and has a lot to explore. The play time is over 30 hours if not rushed. When you beat the elite 4 for the first time there is so much more to do in the game. I recommend pokemon fans, and RPG fans to go pick up this game. You will not be dissapointed I promise.

Posted by codysreviews at 12:30 AM