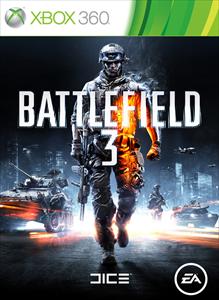 Gameplay:
I am actually impressed with what they allow you to do with the beta. Only one map and one mode is available for the beta but you are able to test and take advantage of all of the unlockable content from ranking up and completing challenges. I personally think they should allow a second map to test out the vehicles as well. They may add it at the end of the beta but I have heard nothing as of yet. So Battlefield 3 is running on a completely new engine as most of you have my noticed. The game is extremely realistic as your running, jumping and even killing enemies. We will talk more about that in the graphics department.
BF3 multiplayer plays the same way as most online FPS's do now. Which is ranking up, and unlocking new items, perks, attachments, etc... What I like about BF3 is that the more you use a specific class the better equipment you will unlock for it. For example, if you only use the assault class and nothing else, you will notice as you kill enemies or accomplish certain challenges with that class you will notice a small experience bar going up with that class. Everytime the experience bar makes it to the end you will unlock something for the class wether is be an ACOG scope or a bipod attachment.

While you are playing you will earn basic experience by killing enemies. You will get 100 per kill. Just like Call of Duty if you do a unique kill or save a team mate or anything along those lines you will be awarded with bonus experience. When you do something say like get 5 headshots in a row you will unlock a ribbon which can be worth 200, 500 or more depending on what challenge you do. Everytime you capture and objective, in the case, defend or destroy the targeted objectives you will also receive experience for that as well.

Anytime you get your experience bar all the way up you will increase your rank. Currently I am ranked 16. The higher your rank the cooler your unlockables will be. Whenever you rank up, the odd rank, you will receive a new gun or new piece of equipment for you to use and customize with your favorite class. Everytime you receive a rank up it will take a little bit more experience everytime you want to go for the next rank.

The mode you are able to play on is called rush. Basically what you do if you defend two objective from being blown up by the enemy team. Each time the two objectives get blown up you get to progress to another area of the map to defend more objectives. As the enemy team your goal is to blow up the objectives to win. With this type of game mode you need a lot of communication. It even helps if your playing with friends. One other thing I would like to mention gameplay wise is the two new features they added. The first one is squads. You can choose to make your own squad with friends or you can opt in to automatically be assigned to a squad. This works well via communication as well as an added option. Say if your entire squad dies except for you. If you can stay out of harms way for a certain amount of time you squad will actually respawn where you are standing. One other feature is the battle log feature. Just like Call of Duty Elite you can track your games, stats, and see recent matches and things your friends have done. Pretty neat.

One more thing about the gameplay is the cons. I understand that this is still in early beta and that is the point of betas is to test out the game and find any bugs or errors. This is my personal list of a few. So generally it is a decent game online, not a personal favorite but it isn't to bad. Some of the bugs I have found is a graphical bug where the screen will randomly flicker while you are turning around or running. Another one that really annoys me is the odd time when you are aiming down your sights, let go of the trigger and try to re aim again, you are unable to do so for a little bit and it sucks while you are in the middle of a fire fight.

Graphics:
So as stated above the graphics to this game are beautiful. They look very realistic and the environments are very well done. What I love most about this is if you throw and grenade or use an explosive near a tree, the tree will actually fall over. Almost everything is destructable in the game so if someone is hiding behind something just blow it up and you will get them. The running and walking animations are top notch. It looks very realistic how an actual person runs and walks. The animations are very well done. The only main issue is that the beta has a few graphical errors which I am sure they will fix up for the release.

Audio:
This is one of my favorite things in BF3. The sounds are so realistic and sound amazing. When you fire a gun it sounds like a gun! When you blow something up, oh yeah, it sounds like an explosive. The running and walking sounds are well done. Even when your running on grass, dirt, water or stone it all sounds realistic. Everything you do in the game as a realistic sound. Overall very impressive.

Conclusion:
So as you all know I am not a big Battlefield fan but fair is fair. A lot of people are and this is a really big and hyped game. So I tested the beta and these are my thoughts on the game. Overall the multiplayer from what I have played is pretty impressive. They did a great job of adding in new features and a new engine to the game. Other than a few errors, bugs, and gameplay issues, it is really a great multiplayer experience. I do say this, it is a lot more fun with friends. So make a squad and go have some fun!