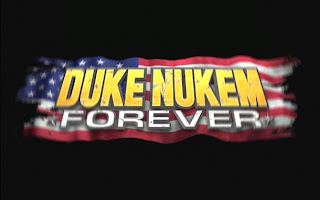 This is going to be a very short review because it is only a demo.

Graphics:
So the graphics in Duke Nukem are really nice from what I have seen from the Demo. If I would have pre-ordered it on PC I would have taken some footage. Anyway the graphics obviously got a huge update and have a shiny new coating. The environment details are nice as well as the visual effects in the game. The enemies look nice and the first boss you have to fight in the game is awesome looking! They really made him look fierce!


Gameplay:
Well the gameplay is pretty awesome. It was kind of iffy at some parts but then again it is only the demo and it only has two missions you can play from. The demo itself is very short but after 13 long years I am sure it is nice just to get a taste of the game. At the beginning of the game you start off in the bathroom using the urinal. Then you can explore around the area and interact with most of the objects......and yes you can go in the toilet and grab feces and throw it around. The funny this about that is some of the saying Duke says as he is throwing it around and picking it up lol. After the bathroom you go out and you see all of these decapitated bodies and then you walk up to this white board that has plans called "Operation Cock Block" and the soldier asks if you want to add anything to the white board. As your drawing or writing on the board he says "Thats a great plan Duke!" and when you finish your masterpiece he says "Wow Duke that is the best plan I have ever seen....I don't understand it but if I did I am sure it is the best plan!". After that you get to go to the field and kick the bosses ass with some pretty sexy guns. When thats over you kick the eye into the field goal and then the scene turns into duke playing himself in a video game and two females pleasuring him orally. On of the girls says "Well Duke what do you think about the game, was it any good?" Duke says, "Well after 12 f**king years it should be good!" I kind of laughed there. Then you move onto the second mission. The second mission is basically you driving dukes car, going into a mining area to find some more gasoline and then refill the car. Thats the end of the Demo! Pretty funny, good gameplay and cannot WAIT for the final game! 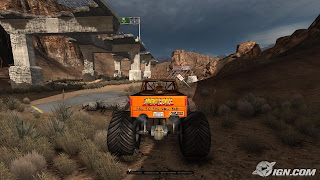 Audio:
Yep so you know Duke with his sayings! Yeah well they are all back and funny as ever in the demo! The in game sound effects are really good and Duke Nukems sounds phenomenal and crystal clear. Obviously they want everyone to hear Duke Nukems hilarious speeches.


Conclusion of the Demo:
The demo overall was pretty fun. I was just happy to play as Duke again and here his hilarious quotes. The second mission on the demo kind of worried me because it started off really slow and kind of dull. But it picked up at the end. I am still a bit worried for the final product because well this game as been in development for 13 years and people expect it to be great. I think it will turn out to be one of the best games of the year. I just really hope other people will think that as well. Thank you Gearbox and 3D Realms for this awesome game and bringing us back Duke Nukem! "Hail to the King Baby!" 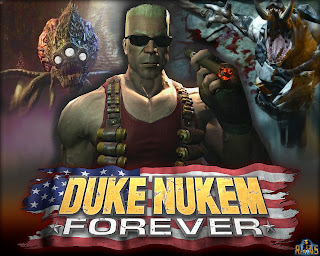 Hail to the King Baby!

Posted by Aerialslayer at 11:39 PM