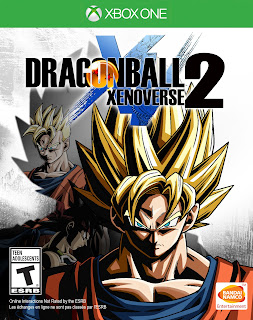 
Dragonball Xenoverse 2 is the second game set in the Xenoverse universe. Xenoverse 2 offers a new player hub, improved visuals, improved mechanics overall and adds in some new types of side quests, expert missions and equipment. The major hub is much bigger than Toki Toki City from the first one with the ability to ride a hover craft around the city. As you progress futher into the game you gain the ability to fly which is much better. While exploring the major hub there are many things to explore. From random items, to mentor training, to even talking with interesting NPC's or simply delivering milk for TP Coins. TP coins are a new type of currency which can be used on special vendors only accessible on the weekends or using it as main currency. 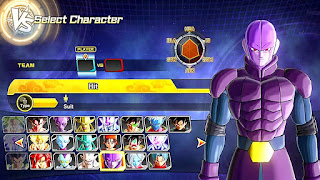 Although Xenoverse 2 is a good game overall the game lacks a lot of copy and paste. You will notice that a lot of the mission are actually from the first game, literally exactly the same. The customization has not really been improved from the first game with very little to offer the player to create a unique character. However, they did add more clothing options and the ability to use a new equipment slow called QQ Bang. You can use these as a way to increase your stats without having the clothes affect your stats so you can customize your outfit completely.

The combat has been improved as well as the visuals. Although the combat may be better, the combos are not really any different. Each race has their very own combo attacks but they are the same for every person. The downside to that is the online battles. People are constantly using the same combo's to acquire quick and cheap wins. If you are not the type of person to research and practice multiple combos then the game can easily be beaten with just mashing the punch button. However, if you perform different combos they can be very rewarding and fun to pull off. 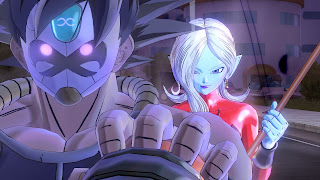 There is a new type of mission you can play called Expert Missions. These are 6 player co-op mission where the objective is to take down one single enemy. These enemies all have abilities to mind control other players and cause massive damage if you do not break them free. When a player is mind controlled their body is fighting against you but what the player sees is a completely new area where you have to fight yourself. If your team manages to deafest you then you come back or if you are able to defeat yourself in your mind you can also come back that was as well. Although fighting yourself might take a little bit longer.

Overall, Xenoverse 2 is actually a very fun game just like the first one but it feels more of an expansion opposed to a sequel. If you are not really a DBZ fan then maybe wait for a price drop. But if you are a huge fan and loved the first one then try it out and if you like it, pick it up. I personally am enjoying the game very much.

Posted by codysreviews at 12:17 PM

Email ThisBlogThis!Share to TwitterShare to FacebookShare to Pinterest
Labels: xbox one, Xenoverse 2