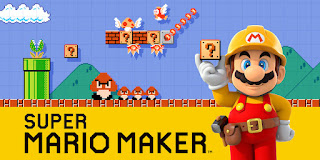 Super Mario Maker is exclusive to the Nintendo Wii U. Super Mario Maker allows users to create, download, and play user created levels made by the community. The game starts off with a very minimum amount of items you are able to use to create your levels. The amount of things a person can create is endless. With a recent patch you do not have to wait for the full 9 days to unlock all of the content. The more you create, the more things you will unlock. Or do it the cheap way and spam blocks endlessly until you unlock all the content OR just move the clock forward day by day. Either way everything will eventually be unlocked. 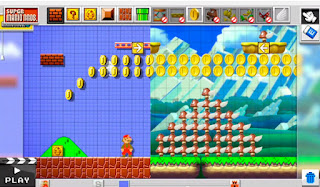 There are four different version of Mario you can create with. First is Super Mario Bros for the NES. There is also Super Mario 3, Super Mario World, and "NEW" Super Mario Bros. U. By default you get Super Mario Bros. and "NEW" Super Mario Bros. U. You acquire the other two by unlocking them. How the creation process works is you select what type of Mario world you would like to create in. From there you slowly start to build your level by using the tools provided on the top of the screen. Everything imaginable is provided for you with some really cool unique twists. For example you can have multiple Bowser's stacked on each other, you can super-size any item or enemy with a mushroom, you can add customer sound effects to anything, you can make bullet bill cannons shoot super stars or springs, the possibilities are endless it seems. At first you are only able to upload 10 creations online for other players to play. In order to unlock more you need other players to "star" your creations. You get 50 stars you will earn a second coin which will allow you to upload 20 levels. So make sure they are quality levels! 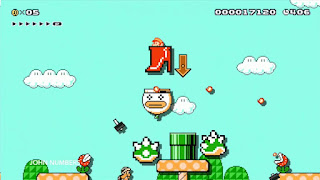 You can do anything!

If you are the type of person who would rather play custom creations and not create then there is a mode for you as well. You can start by playing 10 Mario Challenge which are all custom Nintendo made levels. If you beat all of them you will unlock the levels they played at the Nintendo World Champions. Once you complete that you can try the 100-Mario Challenge which provides the player with 100 lives. The player has a choice to either play on easy, normal, or expert. They all give you 100 lives so choose which is best for your skill level. Once the player completes one you are able to unlock 100 random costumes which you can use in the original Super Mario Bros. as pixelated costumes. There is one other mode you can choose from and that is Makers. In this mode you can pick which levels you want to play based on categories such as Up and Coming, Most Starred, and Featured. In here the player will be able to pick levels of interest and try to complete them. You also have the option of downloading the levels for yourself. 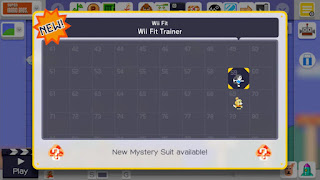 Super Mario Maker is great at what it offers and allows you to do. The really only complaint I would make about Mario Maker is the fact that some of the random levels you play should not belong on certain playlists. For example you might be playing on Expert mode and receive an auto level where you don't have to press a single button to complete the lever. Another example might be the over the top levels where everything is a troll or there are tons of enemies stacked upon each other. A lot of annoyances but I believe it will get better once more people play these levels and they get put into their respective skill levels. Overall Super Mario Maker is a ton of fun and is highly recommended to anyone who owns a Nintendo Wii U.

Posted by codysreviews at 4:56 PM